Here is a current map of the area, with a red X showing the approximate location of De Soto's arrival at Piney Point in Northern Manatee County, and a red line indicating his trek through Sun City in Southern Hillsborough County, and across the Little Manatee River toward the Uzita Village in Ruskin, Florida. 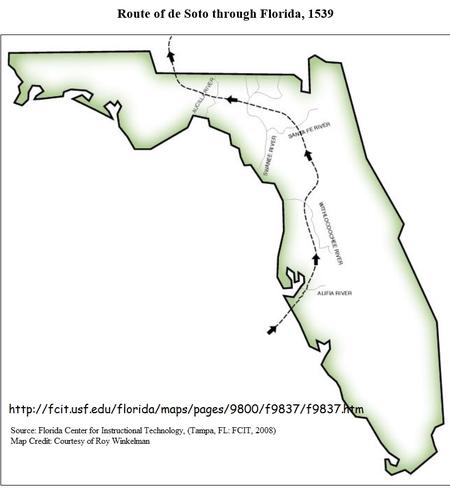 Catahoulas are versatile, intelligent dogs, and their temperment was forged by a gritty, get the job done, hostile environment, and the needs of the people who lived in it. Catahoulas were bred for traditional work - working cattle, hunting hogs, treeing game, taking down other large game animals like bear and cougar. They are a high energy breed, with a high prey drive, and fiercely devoted to their people. They are wary and standoffish of strangers, and that includes strange children, and they are highly protective of anything they deem as belonging to them. Catahoulas are at their best on a ranch, farm, or homestead, with a job to do and space to roam.

"The railroads of Florida have had their ups and downs with them in a petty way on account of the running over their cattle by the trains; and then some long-haired old Cracker drops into the nearest station with his gun and pistol, and wants the telegraph operator too settle immediately on the basis of the Cracker’s claim for damages, which is always absurdly high. At first the railroads demurred, but the cowboys lined up in the “bresh” on some dark night and pumped Winchesters into the train in a highly picturesque way. The trainmen at once recognized the force of the Cracker’s view on cattle killing, but it took some considerable “potting” at the more conservative superintendents before the latter could bestir themselves and invent a “cow-attorney,” as the company adjuster is called, who now settles with the bashmen as best he can. Certainly no worse people ever lived since the big killing up Muscleshell way, and the romance is taken out of it by the cowardly assassination which is the practice. They are well paid for their desperate work, and always eat fresh beef or ‘razor-backs,” and deer which they kill in the woods. The heat, the poor grass, their brutality, and the pest of the flies kill their ponies, and, as a rule, they lack dash and are indifferent riders, but they are picturesque in their unkempt, almost unearthly wildness. A strange effect is added by their use of large, fierce cur-dogs, one of which accompanies each cattle-hunter, and is taught to pursue cattle, and to even take them by the nose, which is another instance of their brutality. Still, as they have only a couple of horses apiece, it saves them much extra running. "

(large text mine for emphasis)

De Soto's expedition brought those original war dogs to Florida, over the course of time, with the addition of a little pinch of this, and a little pinch of that, some say Red Wolf, others include Beauceron, and undoubtedly some other things as well, Florida became ground zero for many of the talented breeds of working cur dogs that we still enjoy to this day.  Dogs were bred for purpose, not for looks, and as a result a good cur dog is worth it's weight in gold!  De Soto's expedition also brought the pigs and the cattle, which certainly gives those cur dogs something to keep them busy, even now, and not just in Florida, but all across the nation.  From the following cur dog description published in 1895, we can strike a comparison with today's working cur dogs who continue the traditions of their ancestors.

This website is copyrighted. Reproduction and/or distribution of this website in whole or part, in any form, is prohibited.

" Hernando de Soto was given the title Governor of Cuba by the king of Spain, Carlos V, in 1536. He was also given "La Florida," the area previously given to Pánfilo de Narváez.
De Soto chose to use Cuba as a home base for his supplies and for planning his expeditions. He spent his fortune recruiting, arming, and transporting his own army. When he left Spain in 1538, he was heavily in debt. He believed, however, that he would regain his fortune by finding gold in "La Florida."
The Expedition to La Florida
De Soto sent guides ahead to locate and chart a course for his army. The expedition set sail for Florida on the 18th of May 1539, with five large vessels and four smaller ones. On these vessels were de Soto's army as well as priests, women, horses, mules, war dogs, and pigs. On May 25th, they made landfall in the Tampa Bay area. De Soto's expedition initially landed at Piney Point. They made camp at Uzita, which was a native village on the northern shore of the Little Manatee River.
Amazingly, a cavalry patrol found a Spanish survivor from an earlier expedition. He had been searching for gold along with Narváez eleven years earlier. The Spanish survivor's name was Juan Ortiz and he had been living as an Indian. Ortiz's rescue was a great find for de Soto since Ortiz could communicate in Spanish and many of the native languages. He could also function as a guide for the area. As de Soto's expedition moved inland, however, they met different native groups whose languages were unfamiliar to Ortiz." 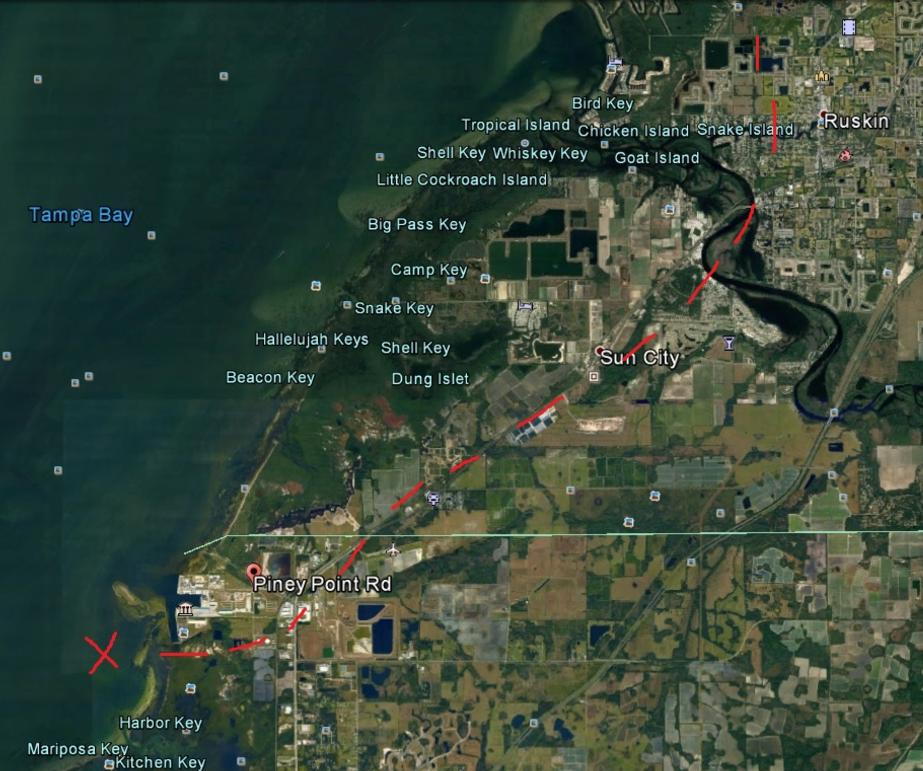 The Catahoula Cur, aka Catahoula Leopard Dog, much like Florida itself, has a rich and adventurous history!  A good starting point is the introduction of dogs to Florida on May 25th, 1539 by Hernando De Soto. Here is a brief accounting of his arrival here in Florida.